You think you missed a month of updates but it turns out to be 3. Yikes!

The last few months have been crazy with the planning of a (now rescheduled, again) Grand Tournament which was due to kick off late January but due to the arise of Omnicron is now sitting in late April. Hopefully 5th time is a charm🤞.

With what appears to be a successful beginners guide to Nurgle, I’ll look to do more of these in the future. I’ll book another 1-2 discussions with Las Vegas Open participants, see if I can sneak in another Beasts of Chaos discussion, and who knows what else is instore.

WHAT HAPPENED IN BETWEEN NOVEMBER TO FEBUARY

Lots. I might have been busy IRL but it hasn’t stopped the channel delivering interesting discussions and getting to cover the LVO preview stream, get a sneak peak into the Stormcast Dragon kits & Fury of the Deep as well as; 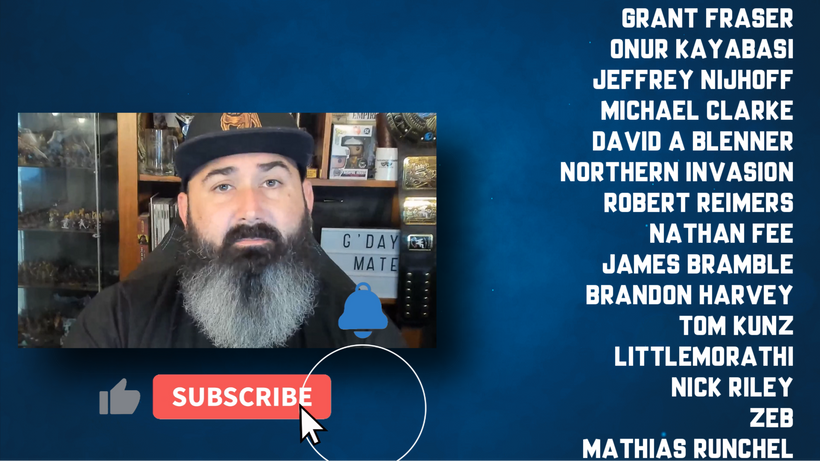 As always, the YouTube video end credits and episode description thank you continue to be updated as supporters move. If you are wondering how the names are ordered: they are listed by Patreon overall contributions which acknowledges both tier level AND duration

If you didn’t already know, AoS Coach has a Discord and it’s pretty freakin’ awesome: https://discord.gg/xVAks8q . We have over 4,200 members and as a Patreon I’ll grant you permission to our private room. If you aren’t already tagged Patronage… let me know.

Talkin' Kharadron Overlords - I'm A Spell In A Bottle, Baby