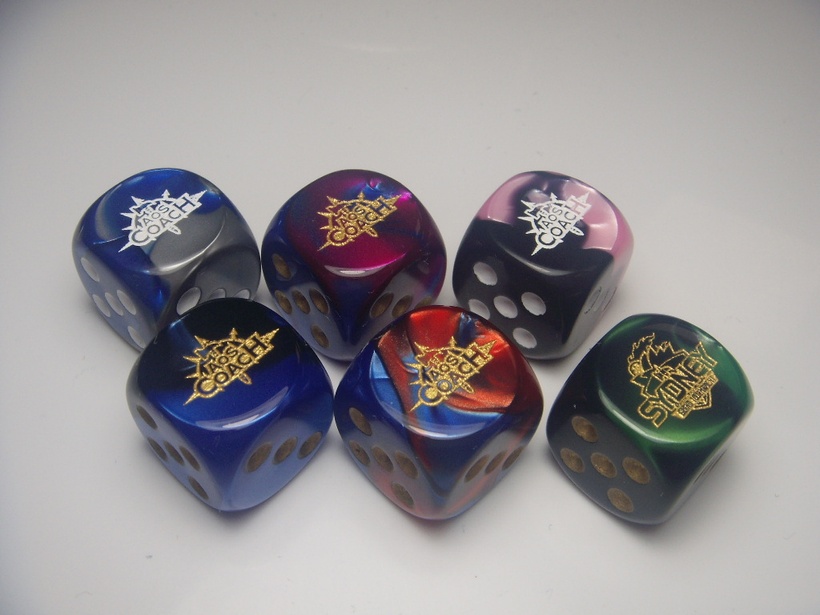 I’ve been talking about the Quest for 10k YouTube subs for a few months now. and it’s so close I can taste it. As at writing this it’s less than 700 subscribers away from unlocking ‘YouTube Bronze’.

To celebrate the milestone I’ll be setting up a merchandise store which will initially kick off with designs inspired by the Discord emojis, AoS Coach branded dice for sale, and a celebration trivia stream where I’ll give away prizes too.

I recently placed the order with the dice manufacturer and will work out pricing including international postage costs.

As a thank you for being amazing Patreon’s I’ll also set you up with a discord coupon on the dice. More information will communicated once that’s all sorted.

WHAT HAPPENED IN APRIL 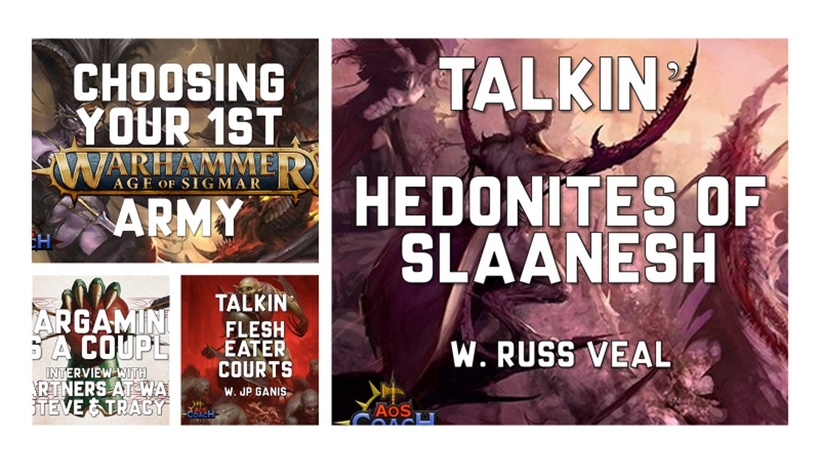 April was a weird month for me with 2 Broken Realms books dropping while I waited for Daughters of Khaine + Hedonites of Slaanesh to receive their FAQ. Moving to a 4 week FAQ has really reduced the speed in outputting the Talkin’ videos, however; I don’t plan on compromising the videos prior to an FAQ in case something we talk about changes that’ll impact the future value of the video. I’m essentially trading early clicks for accuracy.

Anyway, here are the videos that I put out in April;

WHAT’S COMING IN MAY

Nothing is scheduled YET but this is the calm before the storm… because the updated Lumineth Realm-Lords battletome + Broken Realms Teclis FAQ is expected to drop in early May.

I’ll be revisiting Lumineth with their new units and rules as well as getting some list discussions happening with Cities of Sigmar Settlers Gain & Maggotkin of Nurgle. I’m not quiet sure if the BR Teclis updates to FEC or OBR are worth discussing in a list show.

Towards the end of May we will likely see the FAQ for BR Be’lakor so I’ll start looking to set up chats for Legion of the First Prince, Nighthaunt (2 shows), and Seraphon.

There is a chance we will get Soulblight Gravelords and/or Broken Realms Kragnos in May so I’ll also need to be flexible if I want to keep my sanity and get a preview published.

I do have a few other videos I’d like to record in May like the next tournament recap for Brizhammer (more info below) and a few others that I’ve been slowly scripting out. If I sneak them into the content schedule it’ll likely be in the first 2 weeks of May before these FAQ’s drop.

As always, the YouTube video end credits and episode description thank you continue to be updated as supporters move. If you are wondering how the names are ordered: they are listed by Patreon tier highest to lowest then sorted by duration as a Patreon.

If you didn’t already know, AoS Coach has a Discord and it’s pretty freakin’ awesome: https://discord.gg/xVAks8q . We have over 1,700 members and as a Patreon I’ll grant you permission to our private room. If you aren’t already tagged Patronage… let me know. The Sons of Behemat will be back out on the tabletop on 1st & 2nd May for Brizhammer Chaotic. It’s an 80 player event that I’ll be flying up to Brisbane (90 min) to attend with the same list I took to Vic GT.

The tournament is themed Chaos and has additional prize support for top performing Chaos players. This might mean I’ll see more chaos opponents than usual.

I’m aiming to do another post-event battle report like I did with VicGT along with player interviews after the game. With a solid performance at either Brizhammer or Sydney Slaughter in June, I quiet possibly could be invited to the Australian Masters which is rather funny. I’m playing with “the worst battletome ever written” after all.