I hope you’re all kicking arse and rolling plenty of 6’s. How are we already approaching March… seriously?!

I’m working behind the scenes on a few things to celebrate the upcoming milestone of having 10,000 subscribers to the channel. This is an important milestone for us YouTubers because it’s the next ‘level’. I’ll be putting together an official merch store and I’m kicking off conversations about AoS Coach dice.

WHAT HAPPENED IN FEBRUARY

Another bumper month of content on the channel which included the live stream party of Lords of the Mortal Realms as well as being fortunate enough to receive the Daughters of Khaine + Hedonites of Slaanesh battletomes in advance from Games Workshop.

My favourite discussion this month would have been with Domus speaking about organising a Grand Tournament while I was proud of the Cities of Sigmar synergy guide;

March seems like a funny month for both Age of Sigmar as well as the channel. I have a few real life events happening such as a birth in the family, I’ll be attending a 2 day matched play tournament (Victoria GT) as well as hosting a 52 player 1 day event the weekend after.

It looks like we can expect Broken Realms: Teclis sometime in March which will bring updates for Lumineth Realm-lords, Cities of Sigmar, Maggotkin of Nurgle, Flesh-eater Courts & Ossiarch Bonereapers. You know I’ll be doing list discussions on them all!

I’m looking into an additional 2 Skaven videos (Clan Skryre & Clan Pestilence) and may seek a few more list discussions for the month or will record a few offline videos while we wait for BR: Teclis. Rocco Ya Boy & I recently recorded an Introduction to Tabletop Simulator which will be edited and uploaded in March.

What is currently locked in is;

I’ve been working on my Armies on Parade entry as well as a 3rd Mega-Gargant. I’ve decided to take a Netflix & Chill Sons of Behemat army to Vic GT. I might be getting the lists early so there could be some meta analysis on the channel; 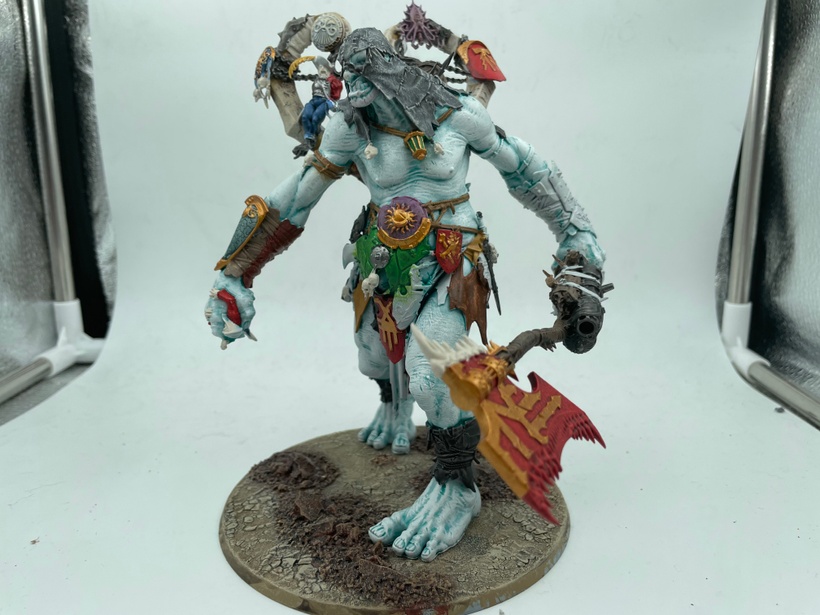