The channel gained a number of new supporters over November and I’ve since added you to the End Credits of each video. The order of the credits is based on your Patreon level and duration of support. The list will continually be updated should you increase, decrease or cancel your support. Using some new data that Patreon has provided me, I’ve been able to update many of your Discord profiles to have the ‘Patronage’ tag. You’ll have access to a private room and highlighted in the top of the members list as channel supporters. If you’re in the Discord and don’t have the tag, reach out with your Discord name and I’ll update you. 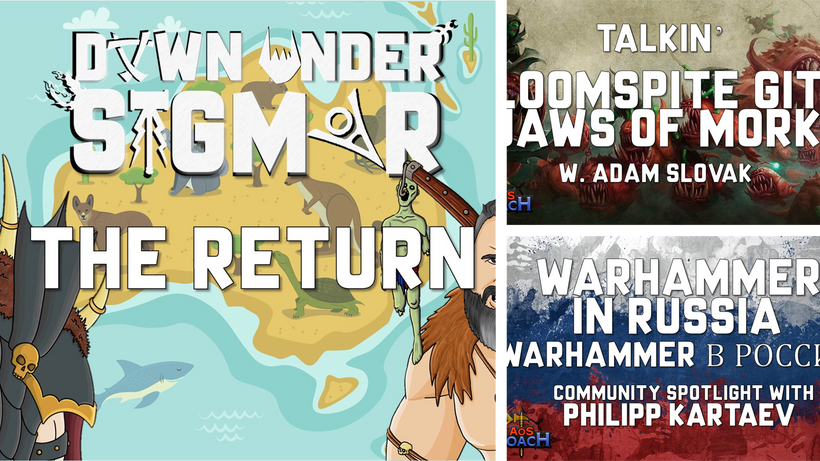 We had plenty of videos produced over November with the return of Down Under Sigmar with my new co-host Clint, list discussions on Sons of Behemat, Ossiarch Bonereapers, Maggotkin of Nurgle and the White Dwarf rules for Jaws of Mork (Squigs).

Buckets, one of the Assistant Coach level Patreons cashed in his episode request to run a Community Spotlight on the Russian scene. It was awesome to hear about the similarities and differences in our communities. 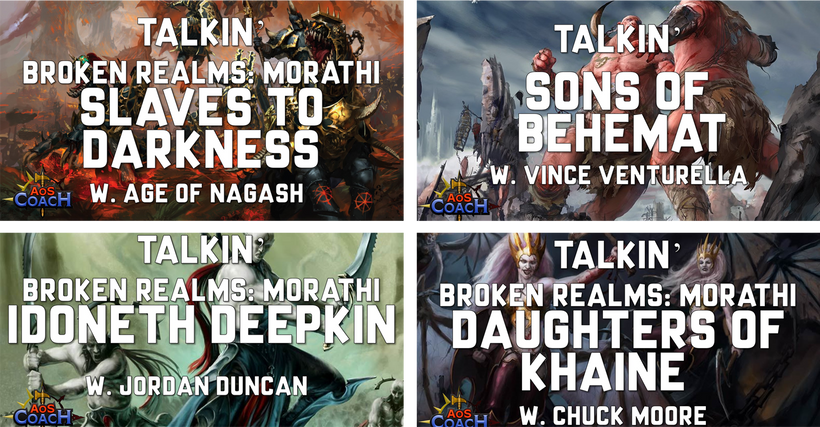 There is lot to talk about in Age of Sigmar thanks to Broken Realms: Morathi. Currently there is 7 videos planned for December including BR Slaves to Darkness Idolators, Har Kuron, Daughters of Khaine & Idoneth Deepkin.

I’ll be catching up with Vince Venturella of Warhammer Weekly fame to look at the other Sons of Behemat tribes, scheduled a Hobby Hangout for Christmas/Boxing Day depending on where you are in the world, and have the next episode of Down Under Sigmar locked in with the current Australian Master: Mat ‘The Mayor’ Tyrrell.

On AoS Coach YouTube page you can find the schedule for your timezone and set the reminder so you can catch it live.

WHAT I’VE BEEN UP TO IN NOVEMBER November was a busy month for me. I’ve just returned from a 2 day Matched Play event in Canberra finishing 3-2 with Sons of Behemat. Not bad for a first showing with a new army. I also submitted my display board up for Armies on Parade 2020. Check out my Twitter or on Discord if you want to see more images.